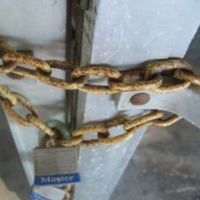 Cybersecurity will become more important than ever for enterprise CIOs in 2015 as top executives work hard to avoid damage to brands and balance sheets, and to minimise their own personal risks, according to Verizon.

The telco this week published its enterprise technology trends predictions for the coming year, including security among the top five. Specifically, the U.S. operator noted that enterprises seeking to guard their data will face a more complex threat landscape than ever before.

When Verizon speaks to top executives at enterprise customers, the subject of security is always one of their first topics of conversation, said Stephen Keenan, one of Verizon’s joint managing directors for the U.K. and Ireland, speaking at a press event in London on Thursday.

“It’s right up there in the forefront of mind,” he said.

C-level executives have developed a stronger interest in network and data security because “they want to stay off the front of the Wall Street Journal,” Keenan said, adding that brand reputation has become as important to a business as the financial risk associated with a security breach, if not more so.

“The lawyers are massively clustering in this space,” said Antony Tompkins, joint MD UK and Ireland at Verizon. Security issues can be “quite a personal threat, if you;’re the CIO,” he said.

“You’re at risk of getting locked up,” said Gavan Egan, managing director of cloud for Verizon.

Security is not the only item on Verizon’s 2015 agenda though.

The telco predicts that big data analytics, the ongoing transition to cloud services and the monetisation of the Internet of Things (IoT) all keep enterprise and government customers occupied in the next 12 months.

“The construction of the network is changing rapidly,” Tompkins said, as companies look to hybrid networks and SDN.

“Predictive analytics is huge and it’s sitting right at the heart of the C-level conversation,” he added.

And in the IoT space, adoption will filter down to small and medium-sized businesses, and the ability for companies to monetise the tools available to them will increase, Verizon said.