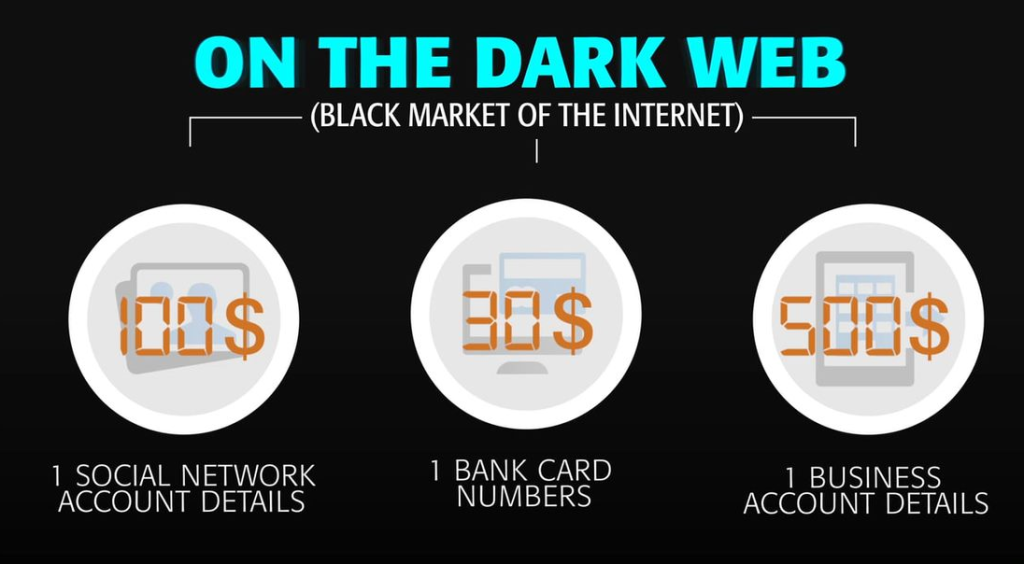 In June 2017 – Security researchers have got their hands on samples of two new strains of Mac malware that have been offered through Malware-as-a-Service (MaaS) portals on the Dark Web.

So, What’s Deep Dark Web?  “it’s the collection of Internet forums, digital shop fronts and chat rooms that cybercriminals use to form alliances, trade tools and techniques, and sell compromised data that can include banking details, personally identifiable information and other content”

Individuals can access the Dark Web by using special software such as Tor (short for The Onion Router). Tor relies upon a network of volunteer computers to route users’ web traffic through a series of other users’ computers such that the traffic cannot be traced to the original user. Some developers have created tools—such as Tor2web—that may allow individuals access to Torhosted content without downloading and installing the Tor software, though accessing the Dark Web through these means does not anonymize activity.

Once on the Dark Web, users often navigate it through directories such as the “Hidden Wiki,” which organizes sites by category, similar to Wikipedia. Individuals can also search the Dark Web with search engines, which may be broad, searching across the Deep Web, or more specific, searching for contraband like illicit drugs, guns, or counterfeit money. While on the Dark Web, individuals may communicate through means such as secure email, web chats, or personal messaging hosted on Tor. Though tools such as Tor aim to anonymize content and activity, researchers and security experts are constantly developing means by which certain hidden services or individuals could be identified or “deanonymized.”

Ordinary people only use the so called “Surface Web” which comprises just 4% of the whole Internet space.

Dark Web. The Dark Web comprises hidden Internet sites which cannot be navigated without the use of special software such as The Onion Router (TOR). Because individuals may access the Dark Web assuming anonymity and little risk of detection, they often use this arena for a variety of legal and illegal activities, trading in digital currencies such as Bitcoin. Illicit use of the Dark Web includes illegal drug and weapons trafficking, selling of child pornography.

Refer the documentary looking at the black market website known as the Silk Road, which emerged on the darknet in 2011

In fact, police all over the world have deployed a wide array of different techniques to identify and ultimately convict dark web drug dealers, weapon buyers, child pornographers, and more in the past several years. If anything, law enforcement agencies have become more accustomed to working in this space, and are likely to develop even more ways to bust technologically savvy criminals.

The Deep Web and Dark Web have been of increasing interest to researchers, law enforcement, and policymakers. However, clear data on the scope and nature of these layers of the Internet are unavailable; anonymity often afforded by services such as Tor for users accessing the deepest corners of the web contributes to this lack of clarity, as does the sometimes temporary nature of the websites hosted there. As such, law enforcement and policymaker’s may question how best to contend with evolving technology such as encryption and the challenges of attribution in an anonymous environment to effectively combat malicious actors who exploit cyberspace